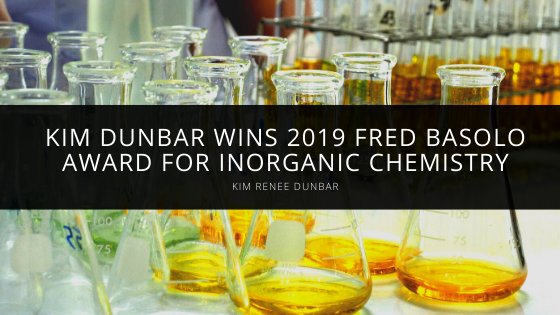 The Fred Basolo Award marks the accomplishments of top chemists from across the country whose contributions to the field of inorganic chemistry have significantly impacted science. Kim Renee Dunbar, whose research is known in laboratories around the world, was the award’s recipient for 2019. 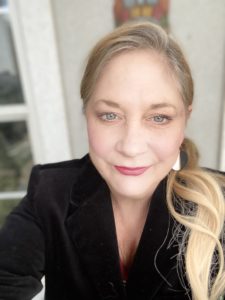 Chemists like Kim Renee Dunbar demonstrate the high value of their research, which helps uncover new applications for medicine, building materials, and more around the world. Earning an international reputation for her work in inorganic Chemistry, Dunbar was the clear winner for the 2019 Fred Basolo Medal.

Fred Basolo was a major force in chemistry whose contributions while at Northwestern University are still recognized today. After earning a Ph. D. and working on a classified military research project during the second World War, he joined the faculty at Northwestern in 1946. One of Basolo’s most famous contributions to science was in the syntheses and reaction mechanisms of transition-metal Werner complexes. In addition, he performed a portion of the seminal work in the developing fields of organometallic and bioinorganic chemistry.

Basolo had a major influence on many young scientists who today hold some of the world’s most respected positions. For his leadership, his contributions to science, and his position as a respected role model, he was awarded a multitude of accolades across his career. In 1980, Northwestern University honored Basolo with the Charles E. and Emma H. Morrison Professorship of Chemistry, and he received the 1992 ACS Pimentel Award in Chemical Education among many others.

He served as President and chairman for a number of scientific bodies and helped shape the future for countless chemists. Today, Northwestern University is still known for its major contributions to chemistry, and the Fred Basolo Medal marks the brightest chemists of our age.

To honor her achievements in inorganic chemistry across a three-decade career, the 2019 Basolo Award was given to Kim Renee Dunbar of Texas A&M University. Dunbar joined Texas A&M in 1999 where her reputation as an expert in synthetic, structural and physical inorganic and bioinorganic chemistry grew to great significance. Her use of structure and bonding relationships to explain physical and chemical phenomena has deeply influenced the work of scientists and researchers in facilities around the world for years.

contributor to chemistry such as Kim Renee Dunbar who not only advances science but also serves as a role model to inspire students and future scientists. The award is co-sponsored by the American Chemical Society Chicago Section.

“I am deeply honored to receive this medal. The list of previous recipients includes many of my inorganic chemistry idols, mentors and friends,” says Kim Renee Dunbar. “I knew Fred Basolo quite well, and he took an interest in me when I was a young professor. He and I had many long talks, and he regaled me with stories about the history of coordination chemistry. He was a wonderful role model and an inspiration to me.”